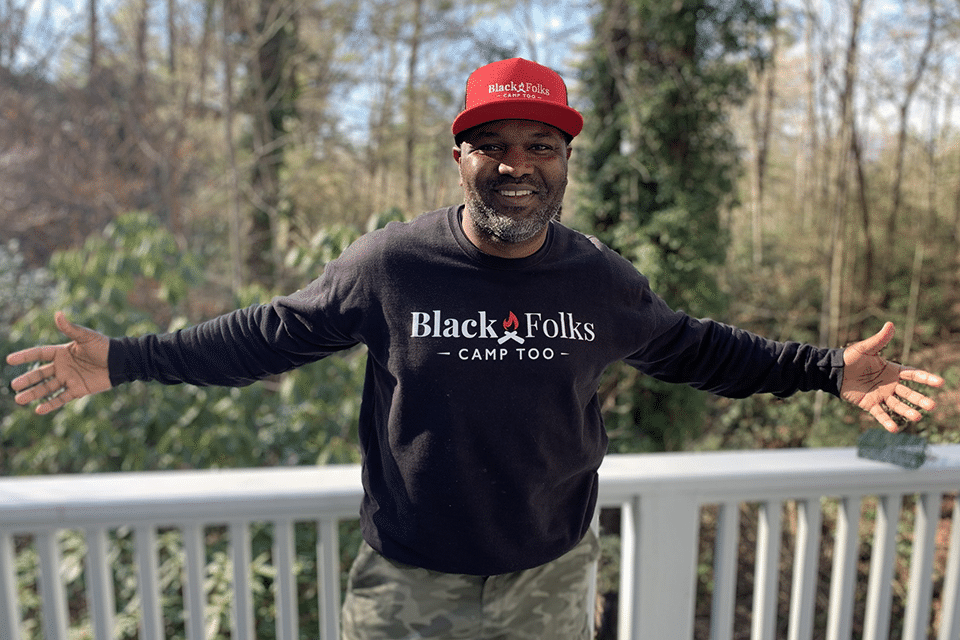 This article first appeared on January 22, 2020 on voyageatl.com

Today we’d like to introduce you to Earl Hunter.

Earl B. Hunter, Jr is an experienced business leader across multiple industries. He has been widely recognized for his ebullient personality, hard work ethic and non-traditional approach to building relationships and closing deals. Mr. Hunter is driven by success and he always plays to win at whatever challenge is presented to him. Mr. Hunter is the Founder and President of Black Folks Camp Too — a marketing-driven business whose mission is to increase diversity in the outdoor industry by making it easier, more interesting and more fun for black folks to go camping.

The idea for Black Folks Camp Too began when Mr. Hunter was introduced to camping for the first time in 2015 while serving as Vice President of Sales for Sylvansport, one of the world’s most innovative outdoor industry companies. The idea didn’t fully form, however, until Mr. Hunter and his son, Dillon, went on an epic camping road trip across the USA and Canada. They traveled for three months visiting 49 campgrounds in 20 states/ provinces and saw precisely ONE other black family camping.

At that moment, Mr. Hunter was on a mission. He began sharing stories of camping adventures across his network of friends, family and followers — quickly becoming a top influencer for black folks looking to give camping a try. KOA Campgrounds was so inspired by the Hunters’ trip, they invited Mr. Hunter and his son to the KOA headquarters in Billings, MT and wrote an article called A BUCKET LIST FATHER-SON ROAD TRIP which was posted on the KOA website. Mr. Hunter was also featured in a recent Recreational Vehicle Industry Association (RVIA) article as an outdoor leader who is “Shaking Up the RV Industry” — highlighting Mr. Hunter’s ideas for expanding marketing efforts to be more inclusive of the African-American community.

At the heart of Black Folks Camp Too is the belief that once black folks become more active campers and begin enjoying the outdoor lifestyle — this will help break down barriers to create more inclusive communities and stronger relationships overall. Also, since camping is one of the most inexpensive ways to take a family vacation, Black Folks Camp Too will encourage more black families to build memories and strengthen family
bonds. Of course, expanding the camping consumer base will also help energize the outdoor industry economy. Black Folks Camp Too is a business that combines all of Mr. Hunter’s previous sales leadership roles, but especially his most recent position as Vice President of Sales at Sylvansport.

While at Sylvansport, Mr. Hunter grew the business from $1.5 million to $17.5 million in annual sales primarily by going on the road to build a network of over 100 RV dealers. In doing so, he put over 400,000 miles on the road across North America to work personally with dealership owners and sales teams at their outdoor/RV events to “drive the business.” Mr. Hunter also developed a national sales relationship with Gander Outdoors/Camping World that helped establish a significant retail presence for the brand.

From 1998 – 2006 Mr. Hunter was Executive of Accounts Sales for Nokia Mobile Phones. He quickly rose through the organization by creating and closing multiple multi-million dollar deals with wireless carriers. Mr. Hunter’s discipline and competitive spirit were honed from a young age as a high school and college athlete — being awarded full athletic scholarships for football to Georgia Military College in Milledgeville, Georgia in 1994 and to Appalachian State University in Boone, North Carolina in 1996.

In addition to his multi-faceted business career, Mr. Hunter is also the author of children’s book, The Chronicles of Dillon & Fuzzy. Mr. Hunter also mentors area youth, is a proud and active alumni of his Alma Maters and loves to sing as a hobby. He is a member on the executive board of The Cindy Platts Boys and Girls Club of Transylvania County and Dare Dreamers Teen Mentoring.

Mr. Hunter is a product of a single-parent home. His mother raised six children (4 Daughters and 2 Sons). His Mother is the first person he saw persevere and her ability to ‘provide” was profound! Mr. Hunter resides in Atlanta, Georgia and the Mountains of Western North Carolina with his three favorite people — his wife Tamika, son Dillon and daughter Gabrielle, affectionately known as “Fuzzy.”

Overall, has it been relatively smooth? If not, what were some of the struggles along the way?
I graduated high school with a 1.2 GPA(not proud of that at all). However, my education struggles were caused by a lack of educational foundation. My Mother was not in the home much since she was the sole provider, so I didn’t have to be accountable for most of my teenage life in regards to school. In addition, my Mother only finished ninth grade so she didn’t force the importance of a formal education. I was bullied because of my lack of education, yet being bullied forced me to get stronger mentally and physically.

Growing up without a father was more of a blessing than a curse. I was considered a gym rat. For as long as I can remember, I spent my days at the local recreation centers. There, I played different sports; but more so, I was around MEN who loved me. Those men hugged me, encouraged me and made sure that I was taught discipline.

In fact, there were times when those men made sure my family had food, shelter and clothing. Those men also encouraged me to go to college; which forced me to at least graduate high school. After leaving Columbia, SC headed to Georgia Military College, I understood that life was not perfect yet I had to play the cards that I was dealt.

In life, we ALL have our challenges and struggles. I am one who has NEVER had a bad day. Of course, I have had some bad moments, but to date. I have found meaning and positive vibes in days that most would consider the end of the world.

Please tell us more about your work, what you are currently focused on and most proud of.
My proudest moment to date was being selected to be the Master of Ceremony for the 2019 Outdoor Economy Conference. The event is very well known and boast a ton of successful Outdoor Industry executives.

At the event, I launched my company “Black Folks Camp Too” by singing “A Change Gone Come”(Sam Cooke). The song represented the change that I feel needs to happen within the Outdoor Industry.

Any shoutouts? Who else deserves credit in this story – who has played a meaningful role?
The very first day I entered high school, I was greeted by a guidance counselor. His name was Marion Cooper “Fuzzy” Thompson. He stopped me at the gates of the school and said…”Earl B. Hunter, Jr, I have heard that you are one hell of an athlete. I heard that you love to play football. I also heard that you read on a 3rd-grade level. I am here to tell you that you will never play a down of football here at W.J. Keenan Highschool if you do not change. In fact, my job is to save your life and help you move your family out of those projects.”

For four years, and everyday of my life until his life ended in 2007, Fuzzy made sure that I understood that nothing is given and all is earned. He tutored me every day in some form. He forced me to attend Georgia Military College. He encouraged me to go to Appalachian State University because he felt like I could help change the atmosphere there. He taught me to be a professional, how to save my money and to be a provider for my family. He generally loved me without strings. This is why I named my daughter after him.

Fuzzy was not a business-minded man; however, he meant business when it came to me succeeding beyond my circumstances. My Mother is my female hero and Fuzzy is my male hero! 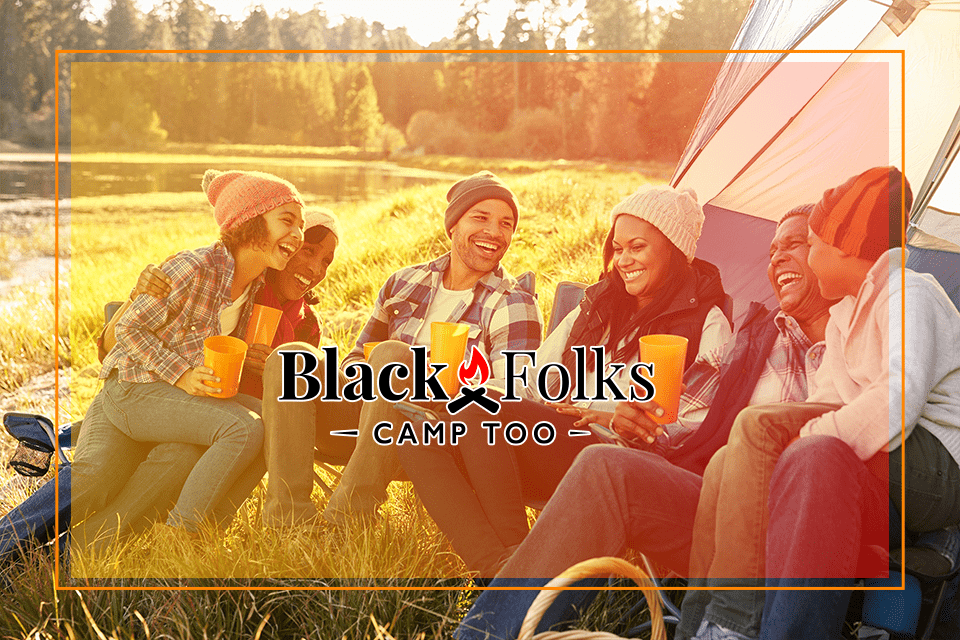 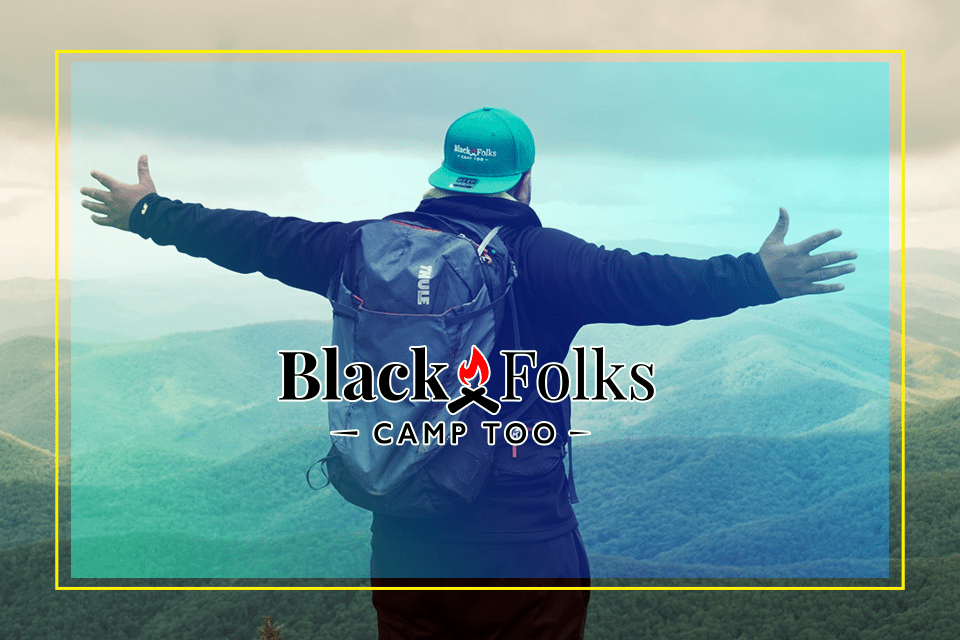 The Health Benefits of Venturing Outdoors

It’s June 2020 and by now we have all seen the reports that Black Folks and black communities are being ravaged by COVID-19. Not all organizations or states are breaking COVID-19 contraction 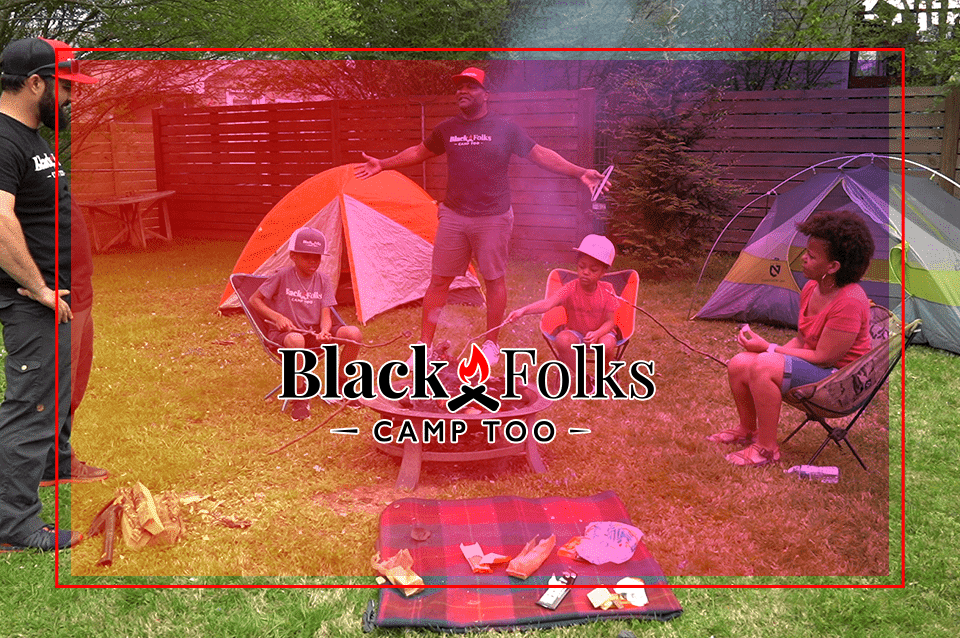 No camping trip is complete without the food. I don’t know why, but there is something magical about ANYTHING prepared over a campfire. My family has

What is your favorite camping activity?

This poll has been finished and no longer available to vote !