This article originally appeared on GearJunkie.com and was written by Heather Hendricks

All Tentrr campsites will now incorporate Black Folks Camp Too’s ‘Unity Blaze’ symbol to promote inclusivity in the outdoors and beyond.

Announced May 17, Black Folks Camp Too (BFCT) and Tentrr’s new partnership seeks to make the statement that all are welcome in the outdoors. Thanks to BFCT’s Unity Blaze symbol, the sentiment will be visible at all 1,000+ Tentrr campsites in the U.S.

The Unity Blaze is a campfire symbol at the center of Black Folks Camp Too, a simple yet evocative design consisting of two crossed logs and a campfire. According to Black Folks Camp Too founder Earl B. Hunter, Jr., the symbol intends to “forge bonds across all aspects of adventure with the motto, ‘Treat everyone, everywhere, equally’.”

Todd King, VP of Marketing and Communications at Tentrr, said that “[t]he Unity Blaze is an invitation. We’re inviting everyone to come and have an experience in the outdoors that’s more inviting, fun, and comfortable.”

“It’s so important that we all continue to learn about each other’s personal relationship with nature,” he continued. “One of the best parts of my job is hearing from someone who chose Tentrr for their first experience camping.”

Tentrr, a leader in ready-to-go camping setups, facilitates fully equipped sites throughout much of the United States. As of this writing, they’re located in 40 states from coast to coast as well as Puerto Rico.

Camp With BFCT and Tentrr: Welcoming All to the Camping Experience

BFCT is excited about the possibility of partnering with Tentrr for a multitude of reasons. However, it’s especially honored to inspire those who are first beginning their journey outdoors or who have limited camping experience. Because Tentrr offers camping options that are fully equipped and ready to go, it’s well-positioned to help new adventurers.“We created Black Folks Camp Too not only to inspire more Black folks to camp and enjoy the outdoor lifestyle but to bring awareness to the reasons why ‘more’ Black folks have not been participating in the outdoor lifestyle,” Hunter said.

“We encourage everyone to gather around the campfire because the campfire is the portal to amazing conversations. Once we’re there and stoking blaze, we’ll all find out we have more similarities than differences. We are changing the world … one campfire at a time.” 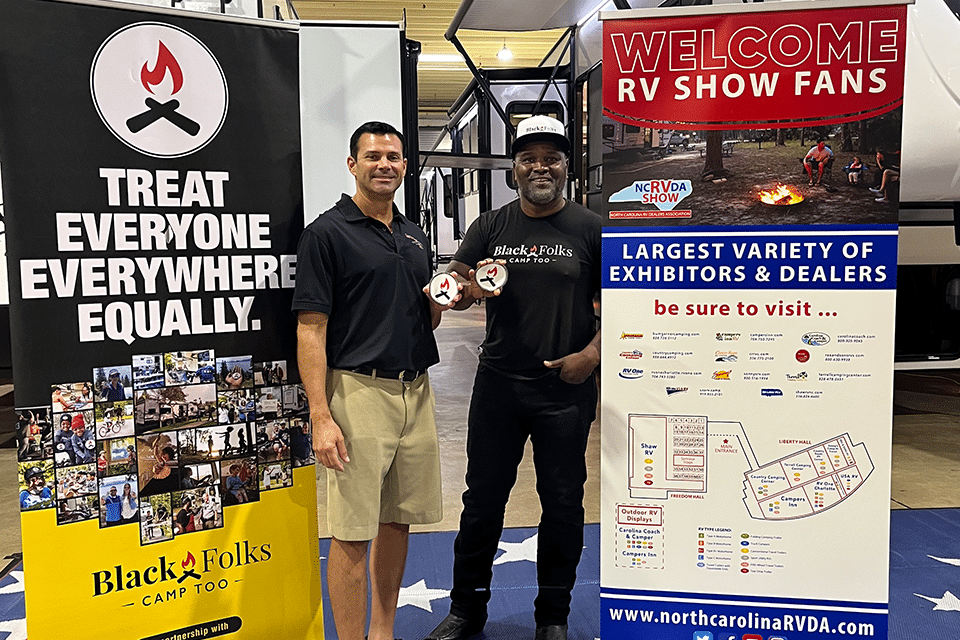 – If you are a resident of Charlotte, NC, you may have, for the first time ever, recently heard an RV Show advertisement on an Urban radio station by a man who founded the company, Black Folks Camp Too. 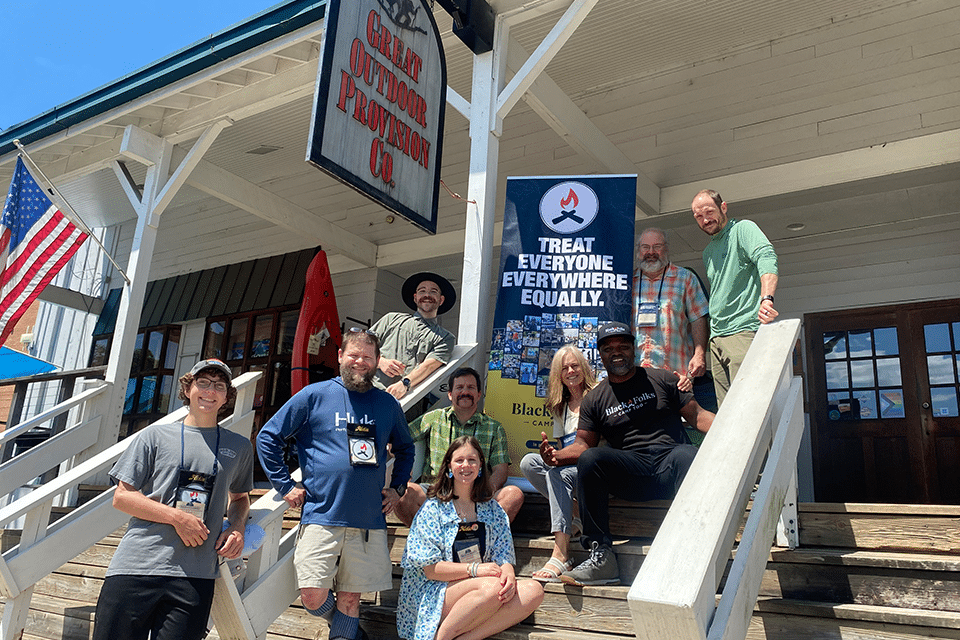 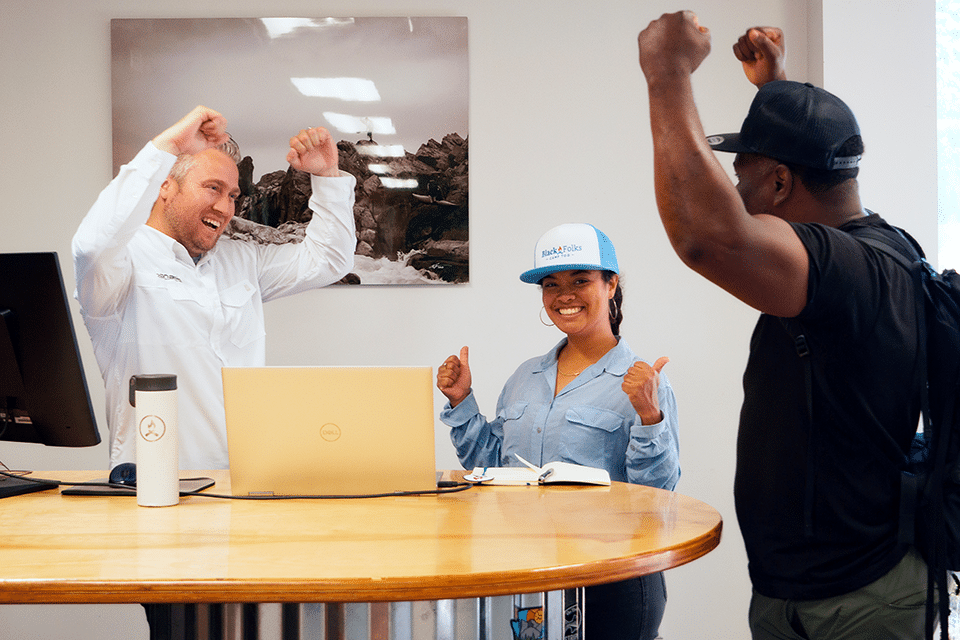 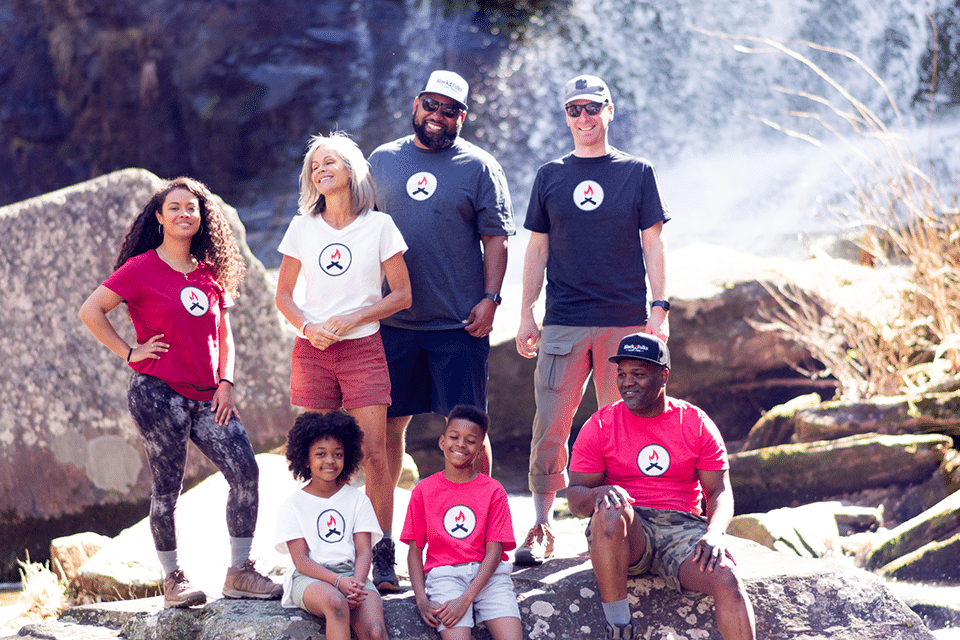